Mustaqbal Center for Industrial Innovation opened and inaugurated a number of projects .. Prince of... 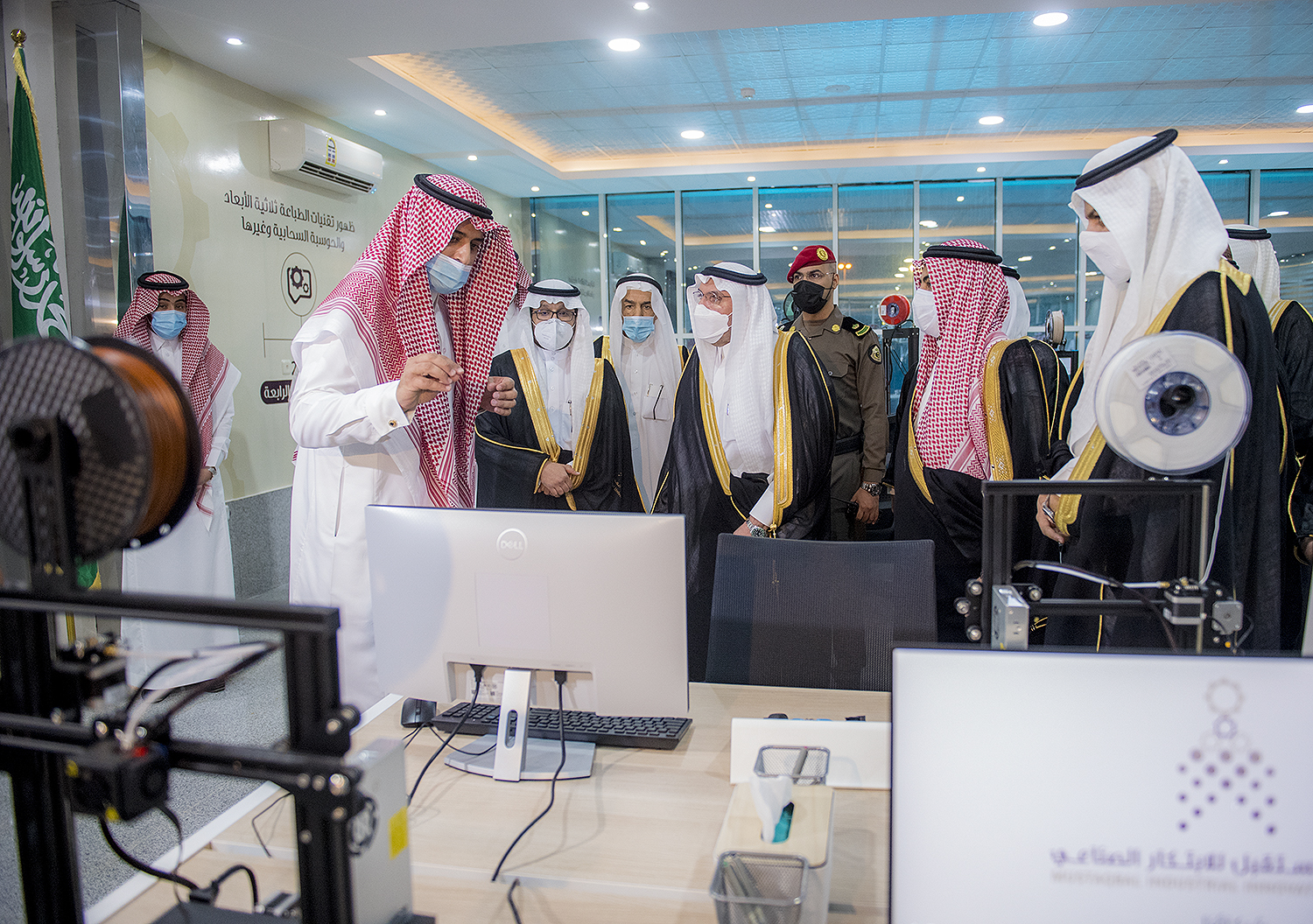 Mustaqbal Center for Industrial Innovation opened and inaugurated a number of projects .. Prince of Qassim in Mustaqbal University

His Royal Highness Prince Dr. Faisal bin Mishaal bin Saud bin Abdulaziz, Governor of Qassim Region, honored Mustaqbal University on Tuesday evening 9/8/1442 AH. He was received by the Undersecretary of the Emirate of Qassim, Dr. Abdulrahman AlWazzan, the Rector of Mustqbal University, Dr. Mohammad Alshitawi, Deans of Faculties, Founders and Owners of the University. Upon his arrival, he unveiled a commemorative plaque, marking the inauguration of the University City Stadium. His Highness then proceeded to inaugurate Mustaqbal Center for Industrial Innovation, which is the first of its kind in the Region. It is in line with the Fourth Industrial Revolution. After that, His Royal Highness toured the center, accompanied by Dr. Bandar  Aloyidy, Dean of the College of Engineering and Computer Science and the Supervisor of the Center, who briefed His Highness on the Center’s equipment and its uses in the health and industrial fields. The Center’s first model of maxillofacial surgery using 3D printing technology was demonstrated, as the operation was performed in Buraidah Central Hospital. Also, the Prince witnessed and blessed the signing of a cooperation agreement between the University represented by Rector Dr. Mohammed Alshitawi and Qassim Health Cluster represented by CEO Dr. Sultan Alshaya. This agreement contributes to the work of medical modeling to assist in surgical operations through Mustaqbal Center for Industrial Innovation. After that, His Highness went to the University Studies Center for Female Students, where he was received by the Supervisor of the Studies Center, Dr. Munira Al-Abdan, who spoke about the Colleges and Departments for female students, their numbers and available specialties. She praised the leadership role in empowering women and giving them a prominent position. After that, the Prince toured the exhibition of the history of the University, accompanied by Dr. Sultan Almuhaimeed, Dean of the College of Administrative and Human Sciences. It included an overview of the establishment of the University, its transformation and the prominent role of His Highness, the Prince, in that transformation and in choosing the University name, lingering on partnerships and the Strategic Plan. Then he moved on to open the University Mosque, where he was received by Mr. Hisham Almushaiqeh, Deputy General Manager of the Company, who briefed His Highness on a brief overview of the Mosque, which included the number of worshipers, facilities, services and security and safety equipment provided in the Mosque.